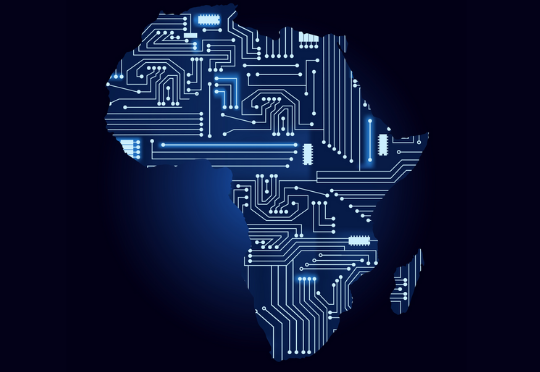 The African Telecommunications Union (ATU) and the African Network Information Centre (AFRINIC) signed an MOU aimed at jointly undertaking research and building the capacity of African Governments and ICT regulators for enhanced broadband development in Africa.

The projects to be implemented under the MOU will contribute to a more secure and efficient internet connectivity for the African countries. Addressing the role of enhanced broadband in the socio-economic development of Africa, ATU Secretary General Mr. John OMO reiterated that the MOU will be of great benefit to the everyday internet user, especially the African youth.

“To the everyday internet user, this MOU has you at heart more than anyone else. To our youthful population in Africa, the resource that we are channelling towards you today is the possibility of a more efficient and secure connectivity,” Mr. OMO said, Secretary General of the African Telecommunications Union (ATU).

Adding to that, Mr. OMO also called on all ICT stakeholders across the continent to be alive to the most basic and fundamental needs that contribute to an easier life for the African people. The key focus of the research and capacity building efforts will be on the Internet Protocol version 6 (IPv6) migration strategy and policies that are intended to support effective deployment at national level across all African states. IPv6 is the latest version of the IP address standard which represents a numerical Internet Protocol (IP) address that aids devices connected to the Internet to communicate. Its rollout is designed to supplement and eventually replace IPv4 making the case for more efficient and secure connectivity.

“The future of the Internet in Africa remains full of endless opportunity. This collaboration will pave  the way for both ATU and AFRINIC to work closer together towards a more reliable, accessible, affordable and resilient Internet to support the Digital Transformation on the continent’’ said AFRINIC Chief Executive Officer Mr. Eddy Kayihura who also spoke during the signing of the MOU.

The partnership between the two organisations comes at a time when the IPv4 is becoming more burdened by the increased number of internet connected devices and emerging technologies such as the Internet of Things (IOT). The adoption of IPv6 in Africa is therefore vital for reliable and stable connectivity. This, as recognized by the MoU, calls for leveraging the skills and experiences of African Regulators and engineers in its deployment in order to accelerate the development of a resilient digital transformation infrastructure in the continent. The MOU also provides for the development and implementation of tools for Internet performance measurements in Africa which is important in determining whether the internet speed provided is compliant with the speed value indicated in relevant customer’s Service Level Agreement (SLA).

With the world moving online, today more people depend on the internet to conduct various businesses and activities making the development of digital infrastructure in Africa fundamental. This is even as the African Union (AU) Agenda 2063 recognizes ICT as an enabler of delivering socio-economic development in the continent. As such, implementation of the MOU will, in fulfillment of the AU Agenda 2063, go a long way in enhancing broadband availability, uptake and affordability across the continent and is expected to lead to increased access to broadband applications and service including mobile technologies.