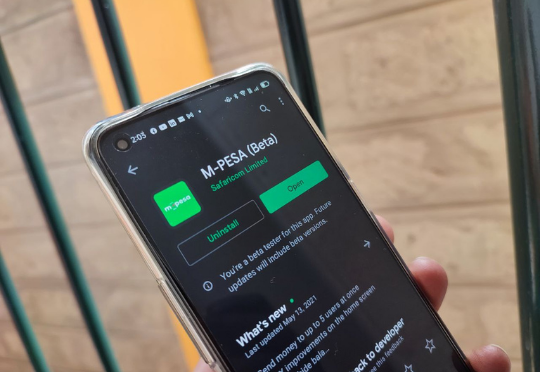 Successful deployment and adoption of mobile financial services is associated with a positive impact on GDP growth in developing markets. This is according to new research from Vodafone Group, Vodacom Group, Safaricom, and the United Nations Development Programme (UNDP).

The research notes that mobile finance can help businesses to reduce costs, access credit to invest and connect with consumers that were previously excluded from financial services.

The econometric modelling research – which examined 49 countries in Africa, Asia, and Latin America – found that countries with successful mobile money services had an annual GDP per capita growth rate up to 1 percentage point higher than countries where mobile money platforms had not been successful or not introduced.

Based on previous World Bank research on the relationship between economic growth and reductions in the number of people living in poverty[2], this GDP per capita growth implies that countries with successful mobile money adoption could reduce poverty by around 2.6%.

The analysis was conducted as part of the companies’ Africa.Connected campaign, an initiative to drive sustainable development through collaboration and help close the divides that prevent progress in Africa’s key economic sectors. The findings are part of a new research paper, Digital Finance Platforms to Empower All, the fourth research paper developed and released under the Africa.Connected umbrella.

“Mobile financial services platforms like M-Pesa are vital drivers of financial inclusion in society which can improve individual life chances and enable enterprises to launch and expand, bringing wealth and jobs into developing economies. There remains though barriers both to accessing platforms – including digital literacy and smartphone accessibility – and to developing them – with an un-level regulatory playing field for non-traditional financial services providers in many countries.” Sitoyo Lopokoiyit, CEO of M-Pesa Africa and Chief Financial Services Officer at Safaricom, said.

As part of the Africa.Connected research, consumer surveys were conducted focusing on users of M-Pesa in Kenya and Tanzania, and results were extrapolated to Ghana and Mozambique. A business survey was also conducted in Kenya. The resulting research underpinned the continuing importance of the world’s first mobile money service 15 years after it launched in 2007.

The researchers estimated that 17.6 million current users in the four countries did not have access to any formal financial services before using M-Pesa. 98% of businesses surveyed said that M-Pesa helps them to do business, with the main benefits of M-Pesa being its facilitation of faster and safer payments and enabling the sale of goods and services online; and 95% of businesses surveyed indicated that they use M-Pesa for at least half of their business transactions.

“Financial inclusion is both a pre-condition and a key enabler for meeting many of the UN’s Sustainable Development Goals, including reducing poverty, boosting economic growth, promoting market access and championing investment in key sectors like education, agriculture, and healthcare. But more importantly, it is about putting people at the center, empowering them with more agency over their money and increasing their resilience. Eliminating financial exclusion in Africa, and across the globe, must be a priority if we are to deliver on inclusive, sustainable prosperity for all on a healthy planet.” Ulrika Modeer, UN Assistant Secretary-General and Director of the Bureau of External Relations and Advocacy at UNDP, said.