Africa needs more cloud computing skills. IT professionals in the region need to gain skills in cloud and data architecture due to the rapidly increasing number of organizations subscribing to integrated cloud services in recent years.

This has especially been accelerated by the pandemic. In fact, analysts predict more and more businesses will be moving to cloud as businesses and their employees worldwide continue to face tremendous challenges in maintaining business continuity.

A recent Veeam Data Protection Report 2021 report also found that 96% of organizations around the world are accelerating cloud usage.

In May this year, Amazon Web Services (AWS) announced that it will be bringing its re/Start cloud skills training program to Kenya and South Africa this month as part of its rapid expansion plans this year.  AWS re/Start is a free, full-time, 12-week program designed to support people who are unemployed or underemployed, and who have little technology experience, for careers in cloud computing. The program provides participants with new cloud computing skills, career, and resume coaching, and interviews with local employers. Last week the programme kicked off in South Africa in collaboration with Nedbank.

With this programme, Nedbank is working with AWS re/Start to help learners gain job-specific skills, connect them with employers, and support them as they embark on cloud careers.

Cloud is an exciting industry to be in, with lots of areas of specialization, and more jobs being created each year.  IT News Africa journalist Luis Monzon notes that many companies in countries like South Africa are mature from an information technology (IT) perspective

‘’..but because the hunt for skills is so competitive, with far fewer available skills than there is demand for, often these companies just cannot find the people to build the complex infrastructures they need to take full advantage of cloud computing.’’  Developing such skills, especially for young people, presents an immense potential for the continent’s economic growth.

This was a huge move considering that African businesses are discovering that platforms like Google Cloud are allowing agility and innovation faster and more affordably. Moving to Google Cloud can revolutionize a business in under a month.

Bottom line, as we have mentioned in our previous Africa Cloud Review article, cloud is accelerating digital change across different industries and transforming the continent’s productive capacity. Investing in cloud skills should there be a top priority. 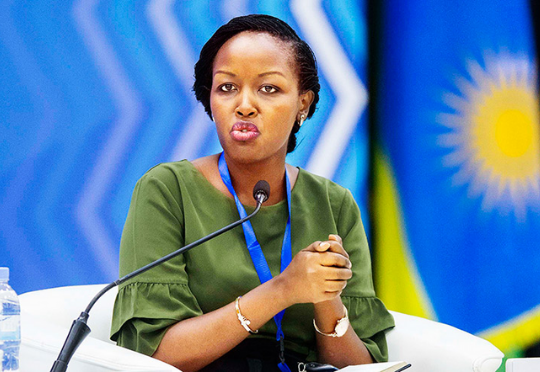 The African Electronic Trade Group (the A-eTrade Group) which also includes the African e-Commerce Development International, today announced that it has accepted the offer of the Government of Rwanda to host the continental headquarters.

This announcement is one of the significant events of the Second Africa Integration Day. This follows the last announcement exactly two years ago in Niger, Niamey when the Kingdom of Eswatini and the Republic of Guinea were awarded the regional headquarters for Southern Africa and West Africa respectively. This brings the total number of host governments to four, leaving the regional offices for North Africa and Central Africa vacant for now.

After an open and transparent process to invite all AU Member States to express interest which was launched in October 2019, the AeTrade Group has received fourteen written expressions of interest and three verbal expressions bringing the total to seventeen countries. After physical and virtual exploratory missions were held with all the interested countries, and a rigorous review of the offers submitted by candidate countries, the High-Level Panel recommended two countries be considered by the AeTrade Group Board of Directors on the 25th June 2021. The AeTrade Group Board met on the 29th June 2021 and pronounced itself on the outcome of the competitive bidding process.

“ On behalf of the AeTrade Group and we wish to extend our warmest congratulations to the Government and the people of Rwanda for winning the bid. We thank all seventeen countries for their confidence in us and  look forward working with all AU Member States in line with our partnership with the African Union to ensure an inclusive approach to building digital capacities at the grassroots to enable SMEs, Women and Youth to be key players in the emerging digital economy in Africa. “ said, Mr. Mulualem Syoum, CEO and Chairman of the AeTrade Group.

The AU Commissioner for Economic Development, Trade, Industry and Mining also congratulated the significant progress being made to establish public-private partnerships in support of the implementation of AU regional integration initiatives. “We also congratulate the Government of Rwanda for their significant achievement and look forward to working with all AU member states as they harness digital technologies and enabling policy measures including the African Continental Free Trade Area in order to create millions of jobs, especially for the youth across the continent.”

In response, Honorable Paula Ingabire thanked the AeTrade Group and the African Union Commission for their confidence in the vision of Rwanda to become the continental e-trade hub. “We are confident that the AeTrade Group initiatives fully align with the Government of Rwanda’s agenda to become an ICT and logistics hub. Therefore, the Republic of Rwanda commits to provide the required support to ensure the success of the initiative. We look forward to welcoming you to Rwanda and from here to facilitate the implementation of the AeTrade Group vision towards productive impact to continental sustainable economic development inspired by the African Union Agenda 2063.”